In Morocco, five were arrested in the city of Fez, four in Nador, two in Driouech, one in al-Hoceima and one in Casablanca. In Spain, one was arrested in Madrid’s San Martín de la Vega suburb.

All who were arrested are suspected of being involved in a network to send fighters to the areas of Syria and Iraq that are under the control of the Islamic State, also referred to as ISIS or Daesh.

“This operation shows the excellent cooperation between the Spanish and Moroccan security to deal with the jihadist terrorist threat, especially that which comes from the conflict zones,” Spain’s Ministry of Interior said in a statement.

The joint operation was carried out by Morocco’s General Directorate for Territorial Surveillance and Spain’s General Information Office of the Spanish National Police.

“The continuing dismantling of terrorist structures related to the area of ​​the Syrian-Iraqi conflict demonstrates the determination of Daesh of undermining the security of all countries that the terrorist organization considers a threat to its expansion,” Spain’s Interior Ministry added.

Details of the arrests come as Ayoub El-Khazzani, a 26-year-old Moroccan, faces criminal charges for an incident in which he exited the bathroom of a train in Paris, France, wielding an AK-47 before he was tackled and subdued by other passengers. 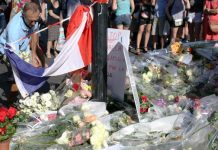 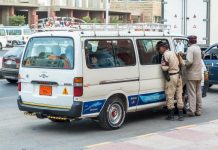 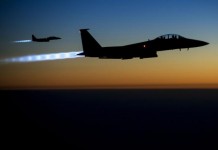