March 14 (UPI) — Spain’s National Police on Tuesday showed off images of a weapons haul in which it seized more than 10,000 firearms in an anti-trafficking operation in January.

Some of the weapons seized, which were sold in Spain, France and Belgium, were deactivated. Authorities found an illegal workshop with machinery to manipulate and reactive the weapons.

“The dismantled group, made up of five people who were arrested, legally purchased unused weapons that were later reactivated and sold to organized crime and terrorist organizations,” the National Police said in a statement.

An investigation into the 2014 Jewish Museum of Belgium shooting, in which four people died, led to the dismantling of the firearms-trafficking network, police said. 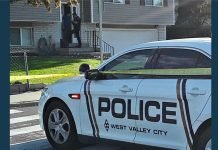