June 9 (UPI) — A Spirit Airlines passenger was banned from the airline for life after setting off a plane’s smoke detector with an e-cigarette, according to a police report.

The 30-year-old man from St. Petersburg, Fla., was traveling from Detroit to New Orleans on Tuesday when a flight attendant said the man was smoking an e-cigarette in the plane’s bathroom, the Jefferson Parish Sheriff’s Office stated.

The flight attendant said she saw the man bring out the e-cigarette in the body of the plane, where he inhaled and blew smoke into his bag.

She then approached him and told him smoking wasn’t allowed on the plane, but said she later saw him head toward the bathroom and shortly afterward the plane’s smoke detector went off.

The pilot then lowered the plane to 35,000 feet to shut off the alarm.

A Jefferson Parish Sheriff’s Office deputy met the plane when it arrived in New Orleans, where the passenger denied smoking in the restroom.

He also told a deputy he didn’t know that smoking on flights was prohibited.

The department’s report stated that another passenger complained to the flight attendant that the man had been drinking from bottles of alcohol that he brought on board the plane.

The sheriff’s office said the man was not arrested, but he was banned from traveling on Spirit Airlines.

“It’s a private business that can ban customers at their own leisure,” Jefferson Parish Sheriff’s spokesman Capt. Jason Rivarde said. “It’s like telling you not to come back to the restaurant. Once he was on the ground, he was cooperative with our deputies so he didn’t face any criminal charges.” 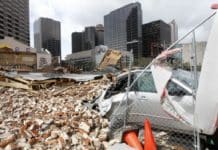 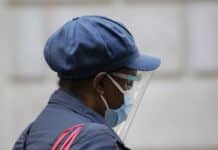 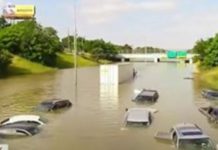