Aug. 4 (UPI) — The State Department has approved a $593 million sale to Nigeria of A-29 Super Tucano attack planes with associated parts, training, facilities and weapons.

The Defense Security Cooperation Agency delivered their certification of the foreign military sale to Congress, as required by law, on August 2.

The twelve A-29s will be used by Nigeria to combat the Islamist militia Boko Haram and other extremist groups, such as the Islamic State West Africa splinter group. It will also serve to counter smuggling and other trafficking in Nigeria and the Gulf of Guinea.

The DSCA has determined that U.S. security interests are served by assisting Nigeria in its counter-insurgency operations and that the A-29 sale will not significantly alter the military balance of power in the region.

The contract will require U.S. Government or private contractors to provide training and support, and will include instruction on rules of engagement and human rights to help prevent civilian casualties.

The Embraer A-29 Super Tucano is a turboprop light attack plane in service with countries across the world. It is designed for counter-insurgency operations and close-air support in areas lacking significant air defenses. It is also widely used as a training aircraft.

It is a contender in the U.S. Air Force’s OA-X light attack aircraft competition for a low-cost and easy to operate and maintain air support platform.

Light planes like the Tucano can fulfill air support and surveillance needs in low-risk environments at a much lower operational cost then heavier jets like the A-10 or F-16 and require less flight and maintenance training. 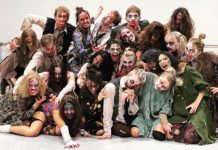 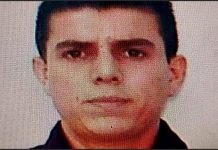