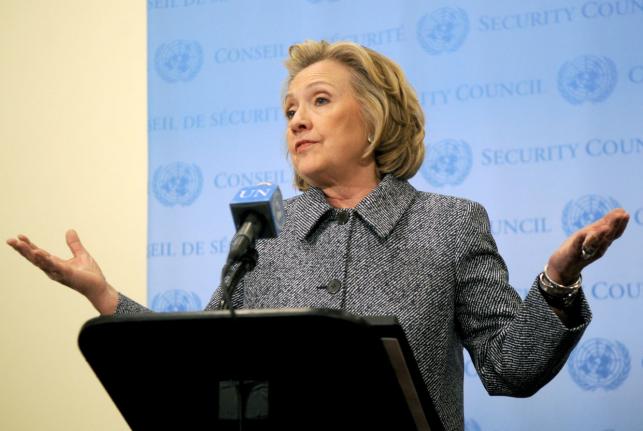 State Department to Release Batches of Clinton Emails Every 60 Days

WASHINGTON, May 27 (UPI) — The State Department is proposing to release emails from former Secretary of State Hillary Clinton’s private account “on a rolling basis” every 60 days beginning in June.

The department, which filed a proposal on Tuesday with a federal judge, is under court order to release the information. Last week, U.S. District Judge Rudoph Contreras rejected the department’s initial proposal that many of the 55,000 pages of emails would be distributed beginning January. The judge ordered a new proposal that allows for batch releases of the records.

The documents are being released as part of a Freedom of Information Act lawsuit filed by Jason Leopold of Vice News. The first cache of 850 pages, with correspondence dealing the Clinton’s handling of relations in Libya and the 2012 Benghazi attacks, was released Friday.

Clinton, who is seeking the 2016 Democratic presidential nomination, said she wants the emails to be released.