The Rev. John Hall, dean of Westminster, said Hawking’s ashes would be interred at the church after a service of thanksgiving later this year.

“It is entirely fitting that the remains of professor Stephen Hawking are to be buried in the abbey, near those of distinguished fellow scientists,” he said in a statement. “Sir Isaac Newton was buried in the Abbey in 1727. Charles Darwin was buried beside Isaac Newton in 1882. Other famous scientists are buried or memorialized nearby, the most recent burials being those of atomic physicists Ernest Rutherford in 1937 and Joseph John Thomson in 1940.

“We believe it to be vital that science and religion work together to seek to answer the great questions of the mystery of life and of the universe.” 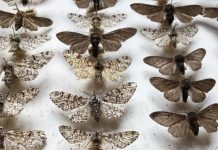