Nov. 7 (UPI) — British physicist Stephen Hawking warned that the emergence of artificial intelligence could be the “worst event in the history of our civilization” during a speech Monday.

Speaking at the Web Summit technology conference in Lisbon, Portugal, Hawking said that AI will be able to emulate and exceed human intelligence, which could result in an array of immense benefits, including finding cures for diseases and solutions to problems plaguing nature. However, Hawking said humans just don’t know yet what the outcome of AI will be.

“So we cannot know if we will be infinitely helped by AI, or ignored by it and side-lined, or conceivably destroyed by it,” Hawking said, according to CNBC. “Unless we learn how to prepare for, and avoid, the potential risks, AI could be the worst event in the history of our civilization. It brings dangers, like powerful autonomous weapons, or new ways for the few to oppress the many. It could bring great disruption to our economy.”

He added: “AI could develop a will of its own, a will that is in conflict with ours and which could destroy us. In short, the rise of powerful AI will be either the best, or the worst thing ever to happen to humanity.”

Hawking urged the European Union and other governing bodies around the world to work on legislation to restrict the fast-growing world of AI technology.

Hawking voiced his misgivings about AI previously in 2014 when he told the BBC: “The development of full artificial intelligence could spell the end of the human race.”

This month, however, he is one of several scientists telling world leaders that AI poses a threat to humankind.

“Lethal autonomous weapons systems that remove meaningful human control from determining the legitimacy of targets and deploying lethal force sit on the wrong side of a clear moral line,” the researchers said, according to the Adelaide Advertiser. “As many AI and robotics corporations…have recently urged, autonomous weapons systems threaten to become the third revolution in warfare. The deadly consequence of this is that machines — not people — will determine who lives and dies.” 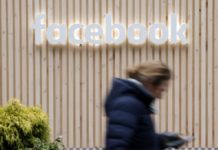 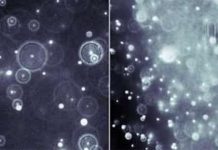