“StormBreaker delivers an unprecedented capability to pilots in the field,” said Paul Ferraro, vice president of Raytheon’s Air Power business, in a press release. “The weapon gives airmen a significant advantage — the ability to strike maritime or land-based maneuvering targets at range in adverse weather.”

The StormBreaker, which entered operational testing in 2018, is a small-diameter bomb that features a multimode seeker to guide the weapon with infrared, millimeter-wave radar and semi-active lasers in addition to or with GPS and inertial system guide.

The Air Force’s fielding decision means F-15E squadrons can now be equipped with the weapon. The Navy and Marines intend to use it on their versions of the F-35 Joint Strike Fighter.

The bomb can also fly more than 40 miles to hit mobile targets.

“The weapon has proven itself in many complex test scenarios, against a variety of targets in extreme environmental conditions, and is now ready to fly,” said Cristy Stagg, StormBreaker program director at Raytheon. “With its multimode seeker and datalink, StormBreaker will make adverse weather irrelevant.”

In February, Raytheon was awarded a $15 million increase to a previous contract for StormBreaker technical support. 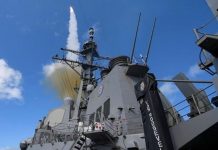 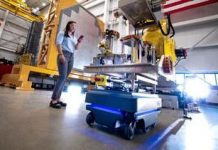 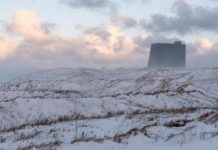