Studies of four regions by Calash and Northern Economics and released by the American Petroleum Institute indicate the Atlantic region could have up to $260 billion in increased economic potential — $160 billion in the Pacific region, $118 billion in the Gulf of Mexico and $60 billion near Alaska.

The development refers to drilling on the outer Continental Shelf, where the search for oil and national gas resources are currently restricted.

Trump’s plan to open the areas to drilling was announced in January and involves 19 lease sales off Alaska’s coast, seven in the Pacific, 12 in the Gulf of Mexico and nine in the Atlantic. It has been controversial, with bipartisan opposition from legislators in states that border the proposed drilling areas.

Legislators and environmental groups say that drilling would harm tourism and fishing, and worsen effects of climate change.

The API reports were released on the final day of public comment on Trump’s drilling plans.

Oceana, a conservation organization, said in its own report this week the federal plan threatens 2.6 million jobs and nearly $180 billion in economic activity in coastal communities.

“I would characterize our studies as being a bit more based in reality,” Erik Milito, API director for upstream operations, told reporters. “We’ve seen in the Gulf of Mexico the success of the industry in terms of coexisting and working closely with tourism, commercial fishing as well as the military.”

The White House now must evaluate public comment and release another proposal, then take additional comment and finalize the development plan. Any new drilling could come after additional environmental studies and sales of drilling rights. 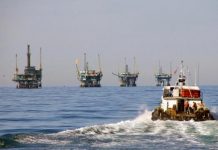 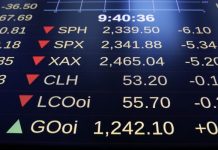