In a new study, researchers at the University of Miami found recreational fishermen were more supportive of shark conservation efforts if they had prior knowledge of the management and protection efforts.

Scientists published their findings in the journal Endangered Species Research.

“The recreational fishing community has a long history of supporting marine conservation efforts, so there is great value in trying to understand which factors affect their behavior and decision making, especially for threatened species such as sharks,” study author Austin Gallagher, an assistant professor at Miami’s School of Marine and Atmospheric Science, said in a press release.

In interviewing 158 recreational anglers in South Florida, researchers found a majority of fishermen are supportive of marine protective areas for threatened species.

Though interviewees recognized the potentially harmful impacts they can have as catch-and-release fishermen, they tended to underrate their role as a threat to vulnerable sharks.

Fishermen also underestimated the mortality rates that can result from the catch-and-release process.

Scientists say there is a disconnect between scientific best practices and the catch-and-release techniques employed by many fishermen.

“Anglers generally care about shark conservation, but are unaware of some potential threats from recreational fishing and how they can best modify their angling techniques to improve survivorship of released sharks,” said co-author Neil Hammerschlag.

The study’s authors point to greater outreach and education as a way to plug knowledge gaps and get local fishermen more involved in conservation efforts.

“Our study identifies important disconnects between existing scientific evidence on the impacts of recreational fishing on certain shark species and existing conservation beliefs among anglers,” added Gallagher. “This is a good starting point for new conversations on sustainability within the fishing community.” 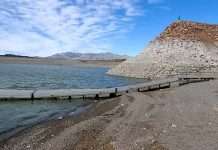