More than 200,000 people in the United States have a pacemaker implanted each year, which translates to an average of an implant about every two and a half minutes.

The study, published today in Science Translational Medicine, researchers at The Ohio State University Wexner Medical Center have found that the human heart actually has a fail-safe, backup “battery” system that regulates heartbeats.

The heart’s natural pacemaker, known as the sinoatrial node, or SAN, consists a battery back-up system with three diverse regions of pacemakers acting as batteries and up to five conduction pathways that act as wires to connect the signal to the heart atria.

The findings could help significantly reduce the number of people who require mechanical pacemakers.

“It’s been challenging because our human SAN differs greatly from well-studied animal models, and clinical electrode recordings only capture what’s on the surface,” Vadim Fedorov, an associate professor in Ohio State’s Department of Physiology and Cell Biology, said in a press release.

Researchers applied optical mapping, 3D structural imaging and molecular mapping to 21 donated human hearts to define the internal function of the SAN. They then placed the hearts in a glass chamber filled with an oxygenated solution at body temperature and supplied the coronary arteries with warm, oxygenated solution that stimulates blood flow, resuscitating the hearts and allowing the SAN to beat again with the same rhythm it had prior.

Researchers surrounded the chamber with four highly-sensitive infrared cameras before a fluorescent dye was injected to visualize spontaneous electrical activity moving within the human SAN in 3D.

“We observed that all three intranodal pacemakers are used, depending on the heart’s needs at rest, or during normal or high exertion,” Fedorov said. “The central pacemaker was most affected, as it is highly sensitive to adenosine. The head and tail pacemakers were able to maintain a slower rhythm and prevent complete cardiac arrest. We saw similar shifts in the preferred conduction pathways.Total cardiac arrest occurs only when all pacemakers or conduction pathways fail, whether due to disease or age.”

If there is a problem with SAN pacing or conduction, doctors can implant an electronic pacemaker to prevent cardiac arrest.

“I think this work can fundamentally change the way we diagnose disease of the heart’s natural pacemaker,” Dr. John Hummel, a cardiologist and clinical researcher at Ohio State, said. “In some patients, it can be incredibly challenging, and these insights may allow us to diagnose those challenging patients more effectively.” 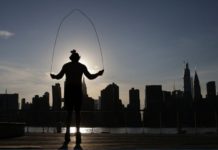 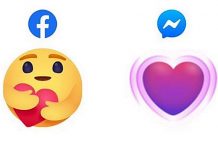 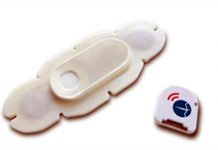