JOHANNESBURG, South Africa, Oct. 13 (UPI) — The difficulty creating a vaccine against the human immunodeficiency virus, or HIV, has been the inability to stimulate the production of “broadly neutralizing” antibodies that can keep up with its mutations.

A new study of a woman whose body makes the antibodies sheds new light on how they develop to mutate with and combat HIV.

“The study also showed how these early antibodies matured to become broadly neutralizing,” researchers in the study said in a press release. “As the HIV-swarm struggled to evade these potent early antibodies, it toggled through many mutations in its surface protein. This exposed the maturing antibodies to a diverse range of viruses within this single infected woman. Antibodies exposed to this high level of viral diversity in turn mutated to be able to tolerate variation, thus acquiring the ability to neutralize diverse global viruses.”

HIV survives the immune system by going through an endless series of mutations, which allow it to evade the body’s defenses. Some people’s bodies, however, develop broadly neutralizing antibodies during the infection phase of HIV, so the antibodies develop as the virus goes through mutations — effectively teaching the antibodies how to fight it.

The researchers observed an HIV-infected woman for three years as her body made the antibodies, allowing them to identify 33 monoclonal antibodies. They identified minority viral variants, before deep-sequencing further variations in the antibodies as they fought the virus.

“These findings provide insights for the design of vaccines that can ‘kick-start’ and then shape the maturation of broadly neutralizing antibodies in HIV uninfected individuals, to provide protection from HIV exposure,” the researchers said.

The study is published in Nature: Medicine. 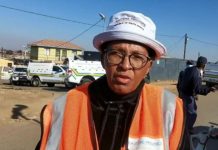