July 24 (UPI) — A study of distress signals logged in the days after famed American pilot Amelia Earhart went missing support the theory she crash landed on a remote island in the Central Pacific, an aviation search organization said Tuesday.

Richard Gillespie, executive director of the International Group for Historic Aircraft Recovery, released a report Tuesday saying Earhart’s plane made 57 credible distress calls in the week after she disappeared in 1937, and he believes he can tie them to her and navigator Fred Noonan.

The report, which was not peer-reviewed, comes on the 121st anniversary of Earhart’s birth in 1897.

Gillespie said he ruled out dozens of other possible Earhart radio signals from July 3-7, 1937, because they were hoaxes, were picked up by listeners in locations that couldn’t possibly have detected the signals or included advanced Morse code that neither Earhart nor Noonan knew how to transmit. In some cases, civilian listeners reported hearing SOS messages with phrases that closely matched that day’s episode of The March of Time, a radio news and dramatization program.

The signals deemed credible mostly took place at nighttime, when there would be low tide on Gardner Island — now known as Nikumaroro. Searchers and archaeologists have theorized this coral atoll is where Earhart landed, about 400 miles south-southeast of her intended destination, Howland Island.

In some of the messages, like one purportedly heard by Canadian Thelma Lovelace on July 7, 1937, Earhart could be heard saying her Lockheed Electra plane had partly landed in water. Had this been the case, she would only have been able to transmit signals at night during low tide — the plane’s engine could not have been turned on during high tide when it would have flooded.

She said Earhart give her latitude and longitude, which she wrote in a book.

“We have taken in water, my navigator is badly hurt; We are in need of medical care and must have help; we can’t hold on much longer,” the message continued.

Gillespie said the U.S. Coast Guard and Navy later wrote off the messages as hoaxes after being unable to locate Earhart and Noonan — even after a search of Gardner Island and other islands in the area.

To support his theory, Gillespie pointed to human bones found on the island in 1940. Initial analysis of the bones, which included a radius and humerus, indicated they belonged to a man. But earlier this year, Dr. Richard Jantz, a professor and researcher at the University of Tennessee, published a study saying the measurements match Earhart.

In 1940, potential settlers on the island also discovered a woman’s shoe, a sextant box that appeared to match one Noonan carried, and a Benedictine bottle, something Earhart was known to carry. None of the items have been definitively linked to the pair, though, and no part of the aircraft has ever been found. 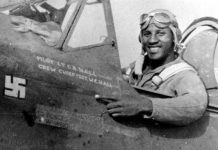 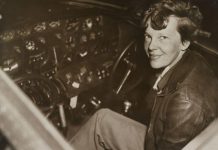 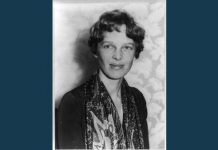