Researchers from the University of Auckland confirmed the correlation while analyzing the traditional cultures of Austronesia — a region encompassing dozens of islands, including those of Micronesia, Melanesia and Polynesia.

The scientists used prior ethnographic research to plot the changes in social stratification and the use of ritual sacrifice. Cultures that featured human sacrifice were more likely to be strongly stratified. More egalitarian cultures were less likely to use sacrifice.

Though methods of sacrifice varied across Austronesia cultures — burning, drowning, strangulation, bludgeoning, live burial, decapitation — the victims and perpetrators were largely the same. Those killed were typically of low social status, often slaves. The perpetrators were mostly of high stature, chiefs or priests.

“By using human sacrifice to punish taboo violations, demoralize the underclass and instill fear of social elites, power elites were able to maintain and build social control,” researcher Joseph Watts, a professor at the University of Auckland’s School of Psychology, explained in a news release.

Watts is the lead author of new paper on the findings, published this week in the journal Nature.

“Human sacrifice provided a particularly effective means of social control because it provided a supernatural justification for punishment,” added co-author Russell Gray. “Rulers, such as priests and chiefs, were often believed to be descended from gods and ritual human sacrifice was the ultimate demonstration of their power.”

Computer models helped Watts, Gray and their colleagues decipher the order of evolutionary changes and determine that changes in ritual sacrifice preceded social change — not the other way around.

“What we found was that sacrifice was the driving force, making societies more likely to adopt high social status and less likely to revert to egalitarian social structure,” said co-author Quentin Atkinson. 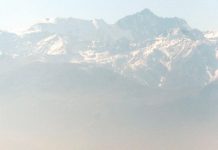 Missing boy may have been sacrificed in ritual, Bolivia police say