May 13, 2021 (UPI) — As many as 8 million people in the United States have experienced significant vision loss, according to estimates published Thursday by JAMA Opthamology.

More than 1.6 million of them are age 40 and younger, the data showed.

In addition, 1.1 million of these people are legally blind, including more than 140,000 people younger than age 40, the researchers said.

“Vision loss and blindness is a big issue, and we should be measuring it more directly to see if the problem is getting worse,” study co-author Abraham D. Flaxman told UPI in an email.

“The work we have done calls attention to the problem, and I hope the public health community can use this evidence to make improvements,” said Flaxman, an associate professor of global health at the University of Washington’s Institute for Health Metrics and Evaluation in Seattle.

More than 250 million people worldwide have suffered significant vision loss or blindness, with diseases such as age-related macular degeneration, glaucoma and diabetic retinopathy among the leading causes, according to the World Health Organization.

In a 2016 survey of adults in the United States, nearly half of the respondents described vision loss as the worst possible health outcome, ahead of memory loss, at 35%, and loss of a limb, at about 8%.

To derive their estimates, Flaxman and his colleagues analyzed data from multiple health surveys coordinated by the Centers for Disease Control and Prevention.

The estimates are based on survey responses for 2017, the most recent year for which data was available from all the sources, according to the researchers.

From survey responses, an estimated 7.1 million people in the United States are “living with” vision loss or blindness, although this figure could be as high as 7.9 million, the researchers said.

“Everyone who cares about public health has work to do to get [healthcare professionals] the resources they need to improve vision and eye health [nationally],” Flaxman said. 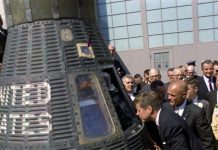 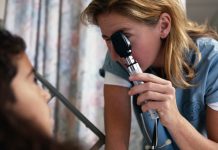 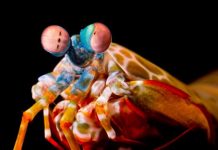