Nov. 21 (UPI) — Increasingly, women are keeping their surname when they get married. But they remain a minority, and some researchers suggest the social costs of bucking tradition may explain why.

Previous studies have looked at the stereotypes faced by women who keep their maiden name, but according to the latest research, men face stereotypes, too.

A trio of surveys carried out in the United States and Britain suggests men whose wives keep their surname are more often described using personality traits typically reserved for women. They’re also perceived has having less power in the marriage.

“A woman’s marital surname choice therefore has implications for perceptions of her husband’s instrumentality, expressivity, and the distribution of power in the relationship,” Rachael Robnett, researcher at the University of Nevada, said in a news release. “Our findings indicate that people extrapolate from marital surname choices to make more general inferences about a couple’s gender-typed personality traits.”

Not surprisingly, people have diverse reactions to spouses who buck naming traditions. The latest research — published in the journal Sex Roles — showed those who subscribe to traditional gender roles are more likely to react harshly to the husbands of women who keep their maiden name.

“We know from prior research that people high in hostile sexism respond negatively to women who violate traditional gender roles,” said Robnett. “Our findings show that they also apply stereotypes to nontraditional women’s husbands.”

“The marital surname tradition is more than just a tradition,” Robnett said. “It reflects subtle gender-role norms and ideologies that often remain unquestioned despite p 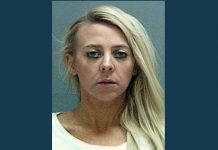 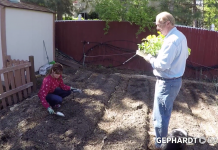