Aug. 22 (UPI) — A new study indicates people who consider themselves either atheist or agnostic are generally more knowledgeable about religion than those who are spiritual, but claim no particular faith.

The Pew Research Center survey showed atheists and agnostics scored higher on a religion quiz than persons who describe their religion as “nothing in particular.” They also performed better than Christians., it noted

The test featured 32 multiple-choice questions and five about nonbelief, religious demography and religion in the U.S. Constitution. They included questions about the meaning of Easter, the Christian doctrine of the Trinity and the symbolism of Holy Communion.

When asked specifically about the Bible and Christianity, atheists averaged 8.6 correct out of 14 questions. Agnostics and Christians each scored 8.2 right answers.

When asked about other world religions, atheists answered correctly on 6.1 of 13 questions, compared to 5.8 for agnostics and about 4 for Christians.

“Atheists (and to a lesser extend, agnostics) are on a par with Catholics and Protestants in correctly answering questions about Catholicism and Protestantism,” researchers said Wednesday.

“Atheists and agnostics are also among the most knowledgeable on questions that are not about Christianity,” the center said.

“Atheists are more likely than any other religious group to correctly answer the survey’s questions about religion and the U.S. Constitution.” 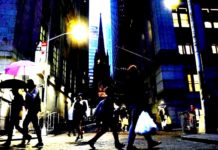 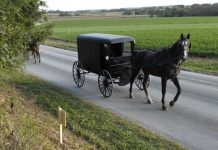