Oct. 18 (UPI) — New research indicates Christianity is on a steep decline in the United States — with just 65 percent of American adults now describing themselves as Christian.

Pew Research Center conducted the study, released Thursday, which asked respondents for their religion. The share who answered Christian is 12 percent lower than those who answered that way in 2009. In the early 2000s, that figure was 80 percent.

By contrast, those who answered atheist, agnostic or “nothing in particular” increased by 9 percent, to just more than a quarter, between 2009 and this year. Protestantism fell 8 percent over that time and Catholicism 3 percent.

Those attending church on a regular basis is also declining, the survey found. The share of respondents who said they attend at least once or twice a month dropped 7 percent.

The greatest change is found among young adults, researchers said. Only about half of millennials identify as Christian and 40 percent as non-religious.

The study also found that Democrats are more likely to be non-religious than Republicans, but the numbers are rising in both parties.

Pew Research Center polled more than 12,700 adults living in the United States in 2018 and 2019 for the survey, which has a margin of error of 1 point. 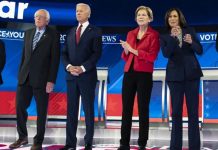 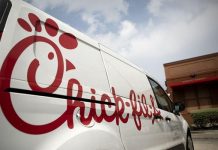