CITRONELLE , Ala., Aug. 21 (UPI) — A suspect is in custody as Mobile County, Ala., police investigate the apparent murders of five people.

Five adults, one of whom was pregnant, were found murdered in a home in the southern Alabama city of Citronelle early Saturday. Authorities also rescued a 4-month-old baby from the scene. Mobile County Sheriff’s Office Detective Paul Burch said firearms, and at least one other type of weapon, were used in the assault, and that it is not clear if the victims were attacked while sleeping or if they engaged in a struggle. A long investigation of the crime scene is expected, police said.

“We’re not there yet. We have a horrible scene here,” Mobile County District Attorney Ashley Rich commented, adding the victims were “brutally and viciously murdered.”

Burch said a 911 call Saturday morning reporting a trespasser alerted police to the home, but no trespasser was found. A woman later told Citronelle police she had been abducted, but escaped, prompting a return to the home, where police found the bodies. The woman, police said, is believed to have a relationship with Derrick Dearman, who drove 30 miles to a Leakesville, Miss., police station and confessed to the killings. Burch added Dearman is the only suspect in the incident.

Burch said he expects Dearman to be charged with “five or six counts of capital murder. Sad to say, one of the females was about five months pregnant.” 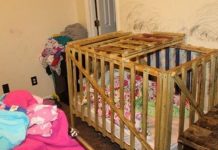 3 arrested in Alabama for allegedly locking children in wooden cages 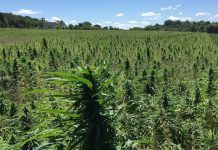