Oct. 23 (UPI) — Authorities on Monday shot and killed an 18-year-old, suspected of killing a Georgia police officer, after he was found in a shed near Atlanta.

The suspect, Tafahree Maynard, was fatally shot when authorities traced him to a home in an unincorporated area of Snellville, Ga., as part of a manhunt after he was suspected of killing Gwinnett Police Department Officer Antwan Toney, the department wrote on Twitter.

“One officer deployed a taser, which did not successfully incapacitate Maynard,” Gwinnett Police Department said. “Maynard then produced a lawnmower blade and made an aggressive move toward officers. One Gwinnett County Police officer fired shots, striking and killing Maynard.”

No officers were injured in the encounter, and the Georgia Bureau of Investigation is investigating the shooting.

Gwinnett County Police Chief Butch Ayers said police received a tip about 3 a.m. Monday that Maynard was spotted in a residential neighborhood, and 75 to 90 officers responded to establish a perimeter and go door to door in search of the suspect.

Ayers added Maynard “was issued verbal commands” to show his hands and come out of the shed, but “failed to comply with the verbal commands” and was shot and killed by an officer standing about five to six feet away.

“I’d like to say the danger to the community is over,” Ayers said.

The shooting came two days after Maynard was suspected of fatally shooting Toney after the officer stopped Maynard and 19-year-old Isaiah Pretlow while responding with other officers to a report of a suspicious vehicle parked near Shiloh Middle School on Saturday afternoon.

Pretlow was arrested at the scene after fleeing in the vehicle and firing shots at officers before crashing a short distance away. 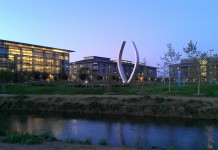