Oct. 1 (UPI) — U.S. law enforcement arrested a French man suspected of running a “dark web” drug ring after he traveled to the United States to compete in a beard-growing competition.

On Friday, authorities arrested Gal Vallerius, 38, who they suspect is the man behind the online handle “OxyMonster.” Vallerius was arrested after landing in Atlanta, while he was on his way to the World Beard and Mustache Championships in Austin, Texas. Photos of Vallerius on his now-deleted Instagram account show him sporting a long red beard.

Investigators said the account registered to OxyMonster was set up as an administrator on the dark web trading site Dream Market, where buyers and sellers use the anonymous cryptocurrency bitcoin to move narcotics. In addition to being an administrator, the OxyMonster account was responsible for selling controlled prescription drugs including Oxycontin and Ritalin.

The Miami Herald reported that, according to an affidavit filed in federal court by the U.S. Drug Enforcement Agency, a laptop computer Vallerius was carrying produced evidence he is the man behind the account. The laptop also contained links to a 500,000 bitcoin account.

“OxyMonster knowingly participated in the Dream Market conspiracy not only as a vendor, but also in a leadership and organizational role as a senior moderator and administrator,” court documents state.

The Herald reported the trip was Vallerius’ first to the United States. He was scheduled to compete in the “full beard, 30.1-40 cm” category. 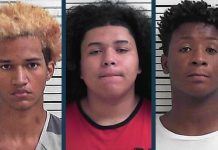