The blast went off at the gates of the Eidgah Mosque in the Afghan capital. A funeral service for the mother of Taliban spokesman Zabihullah Muhajid took place at the mosque.

The number of dead was unknown.

Emergency NGO, an Italian nonprofit that runs a hospital in Kabul, posted on Twitter four people wounded in the explosion were being treated.

No one immediately claimed responsibility for the attack, which is the first major one in the Afghan capital since August when Islamic State-Khorasan Province killed 13 U.S. Marines and some 200 Afghan civilians at the gates of the Kabul airport.

But IDKP has launched several attacks on the Taliban, mostly in the eastern city of Jalalabad.

The mosque was built in the 17th century by Mughal Emperor Aurangzeb Alamgir and was restored by Governor of Multan Nawab Abdul Samad Khan 100 years later.

The largest mosque in the capital is Pul-e Khishti. 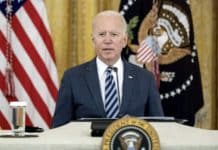 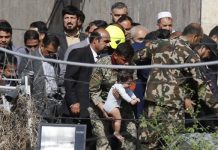 11 killed in attack on Kabul ministry 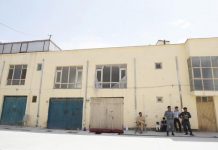