Sept. 23 (UPI) — The captain of an overcrowded ferry that capsized two days ago in Tanzania’s Lake Victoria and killed more than 200 people has been arrested, officials said Saturday.

Two-hundred-nine people have died in the ferry disaster.

The MV Nyerere ferry was preparing to dock with hundreds of people more than its 100-passenger capacity at Ukara Island in northern Mwanza on Thursday afternoon when it tipped over and capsized. The vessel was carrying more than 400 when it capsized Thursday, officials said.

Tanzanian President John Magufuli said in a televised address Friday evening that the captain had left a person steering the wheel who had no formal training for the job, The Citizen reported said.

“The captain is already [in] Police custody,” Magufuli said. “I have also ordered that all those responsible for the operations of the MV Nyerere vessel be arrested for questioning.”

Initial reports indicated the cause of the incident was overloading, Magufuli added, but a committee is being formed to provide more details.

Tanzania has seen a number of other ship disasters where overcrowding played a role.

In 2012, at least 145 people died when an overcrowded ferry sank while transporting people to the island of Zanzibar in the Indian Ocean and almost 200 people died in another shipwreck off the coast of Zanzibar the year before. In one of the worst disasters, nearly 900 people died in 1996 when the MV Bukoba capsized on Lake Victoria.

“It’s been a bit difficult because of the fact that the ferry overturned with people and luggage,” Kamwele said. “We have to remove the luggage first to get to the bodies.” 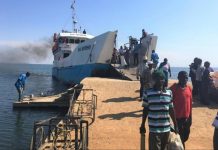 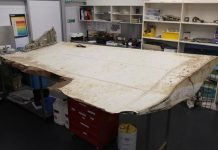