The crash happened Friday north of Los Banos. Sanchez was using the live stream function on Instagram when her vehicle swerved off the road and she overcorrected, California Highway Patrol said. The vehicle then veered across multiple lanes, crashed into a wire fence and rolled over in a field.

Two 14-year-old girls sitting in the backseat of the vehicle were ejected. Sanchez’s sister, Jacqueline, was killed and the second teen was hospitalized with an injury to her right leg.

Neither was wearing a seatbelt.

The live stream appears to show Sanchez outside of the vehicle with her sister’s body while the other girl waved down passing motorists for help, NBC News reported.

“I [expletive] killed my sister, OK? I know I’m going to jail for life,” Sanchez says in the video. “This is the last thing I wanted to happen, OK? I don’t [expletive] care though, I’m going to hold it down. Rest in peace, sweetie. If you don’t survive, I am so [expletive] sorry.”

Sanchez could be seen shaking her sister, trying to get her to wake up.

Prior to the crash, Sanchez could be seen in the video singing and making hand gestures while music played inside the vehicle.

CHP said it was aware of the existence of the video and is investigating. 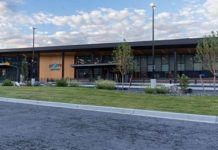 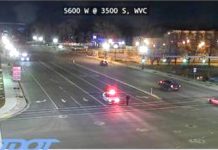