Last week, Spain’s national police confiscated 9 million ballots from a warehouse outside Barcelona that Catalonian officials had planned to use to carry out a controversial independence referendum set for Sunday.

The dramatic turn of events, first reported by Catalan News, was an opening salvo by the Spanish government to prevent what it regards as an illegal vote from taking place. The government has ordered police and the Guardia Civil, or Spanish Civil Guard, to confiscate all election-related materials, including the actual ballot boxes. Polling supervisors have been threatened with fines of up to 300,000 euros if they help facilitate the vote.

Catalan leaders have previously said if the referendum passes, they will declare independence in less than 48 hours. Public opinion polls have shown a closely divided electorate.

Catalonia, the wealthy region of northwest Spain which calls Barcelona its capital, is home to 7.1 million people and many residents there have long called for leaving Spain to create their own country. The region speaks its own language of Spanish and has enjoyed semi-autonomous status for decades.

The Spanish government, based in Madrid, has said the most recent attempt by Catalonians to achieve independence is illegal under the nation’s constitution, and the government has promised to employ any measures necessary to prevent the referendum from happening, including blocking entrance to polling places by force.

The national government has already ordered schools in and around Barcelona to be locked on Sunday so they cannot be used as polling stations. In the Catalan countryside, farmers have begun driving in tractors to surround the schools and prevent police from barring the doors prior to the vote.

Last week, the Spanish Civil Guard arrested a dozen Catalan government officials and activists for their role in organizing the vote.

In addition, after a court order obtained by the Spanish government, Google said it has removed the app Catalan leaders planned to use to assist voters in finding their polling station during the referendum. The app, “On Votar 1-Oct” was no longer available for download from the Google Play store as of Friday evening.

TheLocal.es reported journalists were enduring an “oppressive climate” being generated from pressure from both sides. Citing a report from the Spanish chapter of the group Reporters Without Borders, the news site said journalists were being harassed by both federal law enforcement and pro-independence officials.

“The climate for the free exercise of journalism has been tainted by the extreme polarization that Catalan politics and society is experiencing. The desire for the region’s government to impose its narrative on the local, Spanish and international press has crossed red lines, and [intimidation] maneuvers from the central Spanish government do not help. Both parties need to understand that the best sign of the democracy they say they are defending is a free press, with journalists working on information and not what ‘they say’ or through self-censorship,” the group said in a statement.

The Spanish government has used that rationale to impede and invalidate previous attempts by Catalonians to hold referendums.

Thus far, the European Union has sided with the government in Madrid and said it does not plan to recognize the referendum results as legitimate because they are not sanctioned under the existing Spanish constitution. The EU Parliament this week voted against debating the results of the referendum at its next session and instead encouraged the EU’s executive branch to intervene and restart political negotiations between the two sides. 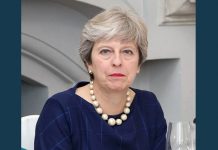 Theresa May: Brexit possible with ‘compromise on both sides’ 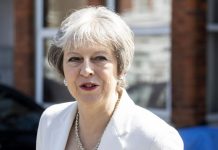 Theresa May: No compromise, second referendum on Brexit plan 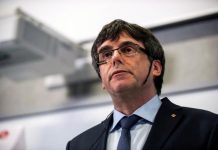