WASHINGTON — Terrorism poses a greater threat to the U.S. than ever before because of extremists’ use of technology and social media, FBI Director Christopher Wray said at a congressional hearing Thursday.

“These terrorists’ use of social media and encryption technology has made it harder to find their messages of destruction as they leave fewer footsteps and dots for us to connect,” Wray told members of the House Homeland Security Committee.

“[The Islamic State‘s] ability to spread their message of fear and hatred and recruit from all over the world is larger scale than Al Qaeda,” Rasmussen said.

Pointing to the charged perpetrator of the Oct. 31 terrorist attack in New York City, in which eight people were killed and more than a dozen wounded, Wray said groups like the Islamic State are able to use social media to recruit followers, inspiring them to conduct attacks with crude but effective weapons. Sayfullo Saipov, an immigrant from Uzbekistan, is accused of driving a rented truck along a bike path near the World Trade Center in support of the Islamic State.

“These attacks may be smaller in scale,” Wray said, “but they are greater in volume.”

He also said that so-called lone wolves acting on behalf of the Islamic State have struck Europe a number of times, citing recent attacks in the U.K., Spain and France.

Wray warned that the extremist group’s goal is to attack the U.S., saying the Islamic State will attempt to support these types of attacks more frequently.

“These organizations, if you can call them organizations, move from plotting to action in a very short period of time with very little planning, using low tech, or widely available tech methods,” he said.

Because of terrorist groups’ increasing use of social media, it is urgent that the U.S. quickly and regularly update the tools needed to identify them, Wray said.

Rasmussen recommended addressing the threat of homegrown terrorists by expanding “our investment … [and] terrorist prevention, [and] doing what we can to prevent the recruitment of American youth.”   Wray said section 702 of the Foreign Intelligence Surveillance Act, which allows the government to obtain communications of foreigners outside the U.S., is an essential tool to track and interrupt terrorists’ efforts in online networking.

“It is one of the most powerful tools we have to evaluate leads and prioritize threat information,” Wray said. “It can tell us quickly whether a person here in the U.S has ties to a terrorist overseas, or if there’s someone overseas is planning an attack.”

Section 702 is set to expire at the end of the year. But on Wednesday, the House Intelligence Committee proposed a four-year reauthorization. The committee will vote on the reauthorization Friday.

Rep. Bennie Thompson, the top Democrat on the committee, said that the biggest U.S. security threat actually comes from domestic hate groups, citing the death of a counter-protester demonstrating against a white nationalist rally in Charlottesville, Va. this August.

“A great deal of our conversation should be focused on threats from right here at home,” Thompson said. 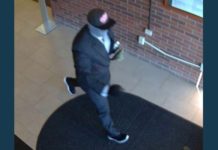 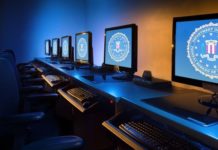