Nov. 26 (UPI) — Electric automaker Tesla said it’s planning to renew a fight in the upcoming Texas legislative session so it can sell its vehicles directly to the public.

Changing the law in Texas is a high priority for the company, a company spokesperson said.

The California car maker has tried three times to find a workaround for strong franchise laws that require new vehicle sales to be done through dealerships. In 2013, 2015 and 2017, attempts failed to gain traction and were defeated by the strong Texas Automobile Dealers lobby. Past bills have run the gamut of narrow carve outs for Tesla to broader bills that could open the door for other car makers.

Tesla is hoping the fourth time will be the charm when the legislature convenes in January.

“Texas’ outdated dealer-franchise law limits economic growth and prohibits innovative companies like Tesla from selling directly to Texans who want to buy them,” a Tesla spokesperson told UPI. “We look forward to working with the Texas Legislature to promote consumer choice and create new jobs.”

No specific bills have been filed yet, but Tesla has previously gotten lawmakers to champion the cause.

Tesla’s cars shatter many conventions in the auto industry, not just because they’re 100 percent electric, come packed with new technology and their own nationwide charging network. CEO Elon Musk decided early on that Teslas wouldn’t be sold through third-party dealerships, which haven’t always been receptive to alternative-fuel vehicles. Instead, he adopted the Apple approach, opening company-owned stores with Tesla employees. The radical departure has created legal problems for the automaker in many states, including Texas.

“Texas dealers invest in their local communities through job creation, charitable donations of volunteer time and monetary donations,” a TADA spokesperson said. “There is no reason to change a law that is good for Texas and Texans.”

Typically, automakers are prohibited from selling directly to the public if they have existing franchise dealerships in the state, but states like Texas take it a step further — barring direct sales whether the company has dealerships or not.

Tesla has 10 galleries where it displays its cars in Texas. Customers can ask questions, schedule test drives and check out car features. When they want to talk price and financing to actually buy the car, however, Tesla’s Texas employees must refer customers to counterparts in California, or to the company website.

Tesla faces similar battles in Michigan and Connecticut, which both also prevent direct sales. New Jersey and New York also put a cap on the number of galleries Tesla can have in the state.

Tesla’s fight in Texas has some momentum. Over the last year, the automaker successfully changed laws in two states — Missouri and Utah — so it can sell direct.

In Missouri, the automobile lobby sued to shut down Tesla’s galleries. Tesla appealed and in late 2017, the Missouri Court of Appeals dismissed the case, allowing the showrooms to re-open.

In Utah, Tesla spent $3 million to build a full-fledged store in Salt Lake City in 2015. But just before it opened, Utah’s attorney general ruled that it couldn’t sell cars because it violated state law. Tesla sued but lost in the Utah Supreme Court in 2016.

Undeterred, Tesla promoted a bill in the Utah Legislature earlier this year that easily passed both the House and Senate and won the support of the Utah Automobile Dealers Association.

“The legislation passed [in Utah] will allow consumers the right to buy new Tesla cars and energy products directly,” Tesla said at the time. “This is proof that allowing Tesla to sell its products directly does not conflict with the business of existing dealerships.” 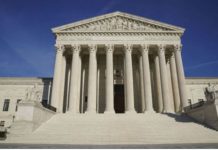 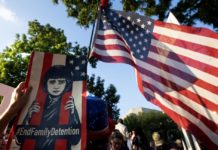