On Friday, police responded to a shooting and found Booker dead with several gunshot wounds in the back of a Jeep Compass parked near the intersection of West FM 1960 and T.C. Jester.

Harris County Sheriff Ed Gonzalez said the Uber driver, who was uninjured in the attack, told police that the two men were together when he arrived to pick them up.

Booker entered the back passenger seat of the vehicle while Johnson moved as if to enter from the driver’s side.

Johnson then allegedly pulled out a gun and shot several rounds into the backseat of the car.

Gonzalez said the driver drove about a mile away before calling the police from a parking lot.

The arrest follows a short search for a suspect, who was described as a black male with shoulder-length dreadlocks and wearing a white t-shirt and tan pants.

Police had requested the public’s help in trying to identify the shooter.

“Very proud of our [Harris Country Sheriff’s Office] investigators,” Gonzalez said on Twitter while announcing that an arrest in the case had been made. “They put in a lot of work to get the job done and keep our community safe.” 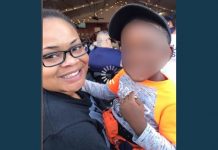 Fort Worth police officer fatally shoots woman in her home 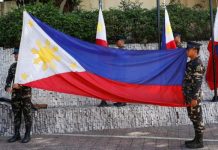 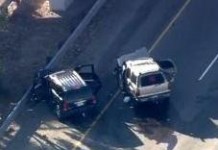