The order issued 10 p.m. Friday means the primary is being moved from the originally scheduled March date to June and denies the state’s request for the Supreme Court to intervene after accusations of racially charged gerrymandering.

The decision was the first major action taken by the court since the death of Justice Antonin Scalia.

North Carolina Gov. Patrick McCrory, a Republican, petitioned the Supreme Court to stay the lower-court’s decision so the elections would take place on March 15 rather than waiting until June 7.

While only required to redraw the lines of some districts, Republicans redrew every district line to ensure they would maintain a 10-3 Republican majority in the House, Democrats said.

“The court sent them back to fix a racial gerrymander,” state Rep. Grier Martin, a Democrat, told WTVD.

“The Republicans’ remedy to a racial gerrymander is a partisan gerrymander, which [Republican state Rep. David Lewis] freely admitted was drawn for partisan advantage.”

Before the Supreme Court’s decision, Lewis said the map was redrawn “to foster what I think is better for the country.”

“I think electing Republicans is better than electing Democrats,” he said.

The high court’s ruling does not prevent the state from appealing the new district map, but if the lower-court’s decision is eventually overturned the lines cannot be redrawn until 2018. 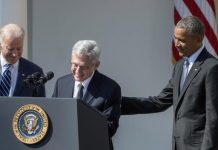 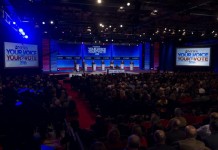 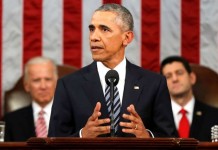