Sept. 21 (UPI) — British Prime Minister Theresa May said Friday Brexit negotiations have reached an “impasse” and European Union leaders should prepare for a “no deal” exit.

May expressed frustration after the EU blocked her Brexit strategy following a week of negotiations in Salzburg, Austria. This has renewed fears that Britain could leave the EU on March 29 without a deal in place — three years after voters approved it.

“At this late stage in the negotiations, it is not acceptable to simply reject the other side’s proposals without a detailed explanation and counter proposals,” said May. “So we now need to hear from the EU what the real issues are and what their alternative is so that we can discuss them. Until we do, we cannot make progress.”

The two sides want to get a deal in place by November.

May wants to push for a “common rulebook” for trading goods, but not services to avoid a hard border between Ireland and Northern Ireland.

EU leaders have pushed for a less severe separation, akin to Norway.

May said that “makes a mockery” of the Brexit vote, because Britain would still take orders from Brussels and there would be “uncontrolled immigration” from the EU. Brexit was the country’s largest democratic exercise the country has undergone, May said.

May also assured EU nationals living in Britain they will be protected regardless of what happens.

“There are over 3 million EU citizens living in the U.K. who will be understandably worried about what the outcome of yesterday’s summit means for their future,” May said Friday. “I want to be clear with you that even in the event of no deal, your rights will be protected. You are our friends, our neighbors, our colleagues. We want you to stay.”

“From day one, the prime minister has looked incapable of delivering a good Brexit deal for Britain,” Corbyn said. “The political games from both the EU and our government need to end because no-deal is not an option.” 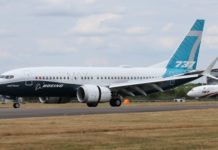 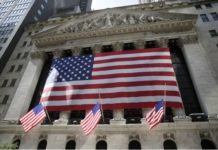