Thousands were forced to flee as the Butte fire moved closer to the Sierra foothills counties of Amador and Calaveras. More than 2,400 firefighters were battling the blaze, but it was just 5 percent contained as of late Friday. The unusually dry and hot conditions were making the fire increasingly unpredictable and extremely volatile.Some 6,400 homes were under evacuation orders. So far, six structures and two outbuildings have been destroyed.

“Fire hasn’t gone through this area in a very long time,” Nancy Longmore, of the Cal Fire Tuolumne-Calaveras Unit, said. “There’s a huge amount of fuel buildup and a huge number of homes tucked up in narrow driveways.”

The fire started Wednesday in Amador County and was quickly being compared to the 2013 Rim fire, which exploded to become the state’s third largest wildfire in recent memory.

“One of the major differences between the Rim fire and this Butte fire is the Rim fire burned on extremely steep ground, in deep canyons that acted like chimneys to fuel the fire,” Longmore said. “Another big difference is there were very few structures except on the perimeter.”

South of the Butte fire, another blaze in the Sierra Nevada was threatening the Chicago Stump, a remnant of the massive General Nobel Tree that was cut down for the 1897 Chicago World’s Fair.

“It’s imminent,” Jim Schwarber, a spokesman for the fire’s incident management team, said of the fire surrounding the area that contains trees thousands of years old. 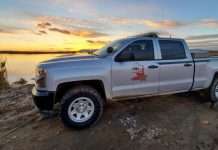 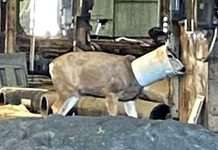 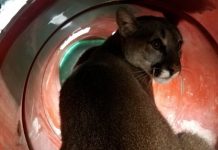 Cougar caught in Bluffdale after elementary school shelters in place