Jan. 20 (UPI) — Thousands of gun rights activists took part in a massive rally near the Virginia Capitol in Richmond Monday to protest bills that would usher in background checks and other gun control measures.

Activists chanted “Guns save lives” outside of the Capitol on Monday morning as groups came together for the pro-gun rally. Others chanted “USA” while carrying various weapons, flags and signs.

“You know why there’s a Second Amendment? In case the government fails to follow the first one,” one sign said.

The Virginia Citizens Defense League, Gun Owners of America, Oath Keepers and Three Percenter Movement were some of the groups expected to participate in the rally. Some were concerned that white supremacists and militia groups would also blend in with protesters.

The gathering of armed protesters raised fears of violent confrontations similar to that of the “Unite The Right” rally in Charlottesville in 2017 where one person died and numerous people were assaulted in fights.

That fear caused Gov. Ralph Northam to issue a temporary state of emergency just ahead of the rally and gun safety groups opposed to the event to call off a counter-demonstration that was set to be held at Capitol Square.

Inside the building, John Flynn, of the Virginia Citizens Defense League led two lobbying groups to meet with Virginia legislators.

“The teams are a little bigger than they are most years,” Flynn said. “The people serious about lobbying said, ‘We’re going to do what we’re going to do.'”

Democratic State Sen. Monty Mason had his door open as gun-rights activists made their way through the halls.

“It looks like every Martin Luther King Day to me,” Mason said. “This has always been a really interesting day in Capitol Square.” 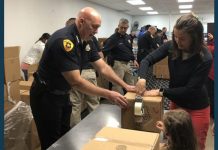 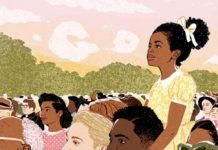 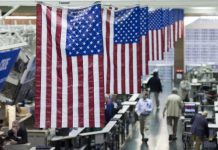 Oil prices flutter around even in light trading