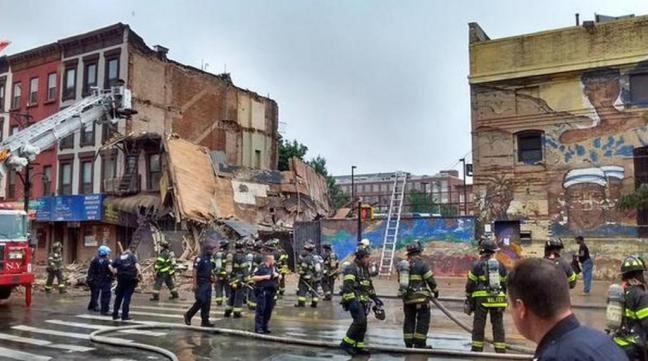 Emergency officials said three stories of the building, which was unoccupied at the time, pancaked around 2:30 p.m. local time. The collapsed injured three people in the area at the time, including a bicycler who was passing by.

The victims sustained minor injuries and were taken to area hospitals, Fire Department of New York Deputy Assistant Fire Chief Wayne Cartwright told NBC New York. He said the building was being prepared for demolition, so there was no gas turn on inside or threat of explosion.

Buildings adjacent to the one that collapsed were being evacuated so they could be evaluated for stability.

Meanwhile, there were delays on nearby subway lines, and the C train was bypassing Kingston-Throop avenues.

The cause of the collapse was being investigated.