The ministry identified the three journalists as Cyril Radchenko, Alexander Rastorguev and Orhan Dzhemal, citing information from the Central African Republic. It said all three men were killed near the capital city of Bangui on Monday and were only carrying their journalistic documents.

“The Russian Embassy in the CAR, unfortunately, was not informed about the presence of Russian journalists on the territory of the country,” the ministry said. “Employees of our diplomatic mission are now in close contact with local law enforcement agencies and government agencies to find out all the circumstances of the death of Russian citizens and conduct activities to send bodies to their homeland.”

Alexei Venediktov, editor in chief of the Echo of Moscow radio station told state-run Russian news agency Tass he was aware of Dzhemal’s plan to visit Africa with his cameraman Radchenko and producer Rastorguyev.

“We knew that he was going to visit the CAR and he had been engaged in filming documentaries lately and he was planning to shoot a film there but we did not know about the timeframe. He was part of a small group,” Venediktov said. 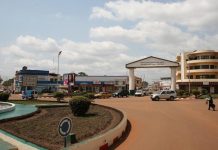 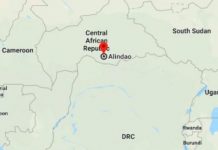 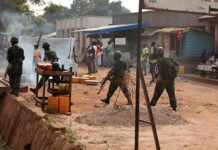