Kurt Volker will be tasked with overseeing all elements of the U.S. effort to broker a lasting cease-fire between the Ukrainian military and Russian-backed separatists who have been engaged in ongoing bloody confrontations for more than three years.

“Kurt’s wealth of experience makes him uniquely qualified to move this conflict in the direction of peace,” Tillerson said in a statement. “The United States remains fully committed to the objectives of the Minsk agreements, and I have complete confidence in Kurt to continue our efforts to achieve peace in Ukraine.”

The U.S. government has maintained a tough stance against Russia, beginning with the 2014 annexation of Crimea. Economic sanctions put in place over that conflict remain in place, as are tougher ones implemented in the waning days of former President Barack Obama‘s term over Russia’s interference in the 2016 election.

Volker served as the U.S. ambassador to NATO under Obama from 2008-09. Prior to that, he worked at the National Security Council and on European affairs at the State Department. 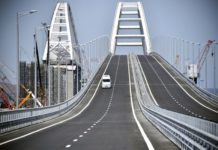 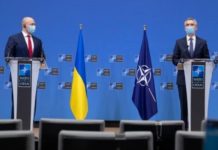