Nov. 23 (UPI) — Tiny remote-controlled robots made of algae could soon navigate their way to hard-to-reach locations in the body. Scientists say the robots could be used to diagnose and treat diseases like cancer.

Each tiny robot measures just a few micrometers long, roughly the size of a blood cell. They’re composed of algae cells coated in magnetic particles. The algae bots can be directed to the nooks and crannies of the human body using a magnet.

Bioluminescent protein markers could reveal the location of the bots near the surface of the skin, and magnetic resonance imaging could track their positioning in deep tissue.

Scientists at the Chinese University of Hong Kong and the University of Edinburgh tested the robots ability to swim through bodily fluids like gastric fluid and diluted blood.

They published their results in the journal Science Robotics.

“A small-scale robot that can be remotely guided, is easily tracked and harmlessly biodegrades, potentially overcomes many of the challenges faced by minimally invasive therapies,” Edinburgh researcher Qi Zhou said in a news release. “We hope our discoveries will pave the way for the development of useful diagnostics or treatments.”

The coating can be designed to biodegrade after a specific amount of time and release drugs near the target, like a cluster of cancer cells. 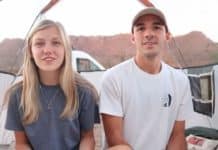