The Toronto District School Board’s director, John Malloy, on Thursday said that although Trump’s executive order was suspended amid several court challenges, there “continues to be uncertainty surrounding these new restrictions — specifically with regards to who may be impacted and when.”

Trump’s revised immigration order, which banned travel from Iran, Libya, Somalia, Sudan, Syria and Yemen for 90 days and stopped refugees coming into the United States for 120 days, was blocked by a judge in Hawaii on March 15.

Malloy said school trips that were already approved — 24 trips involving about 900 students — will proceed. He said that if the executive order is implemented — which could result in some students being prohibited from entering the United States — he would cancel the school year’s already-approved trips.

“At the same time, no student or staff trips to the U.S. will be booked until further notice,” Malloy wrote in a statement. “While already-approved trips are proceeding at this time, it’s important to note that should the executive order be fully implemented, resulting in any of our students being excluded from trips across the U.S. border, then the board has asked me to cancel already-approved trips to the U.S. for the remainder of this school year.”

Trump has said that the suspensions on travel and refugees allow much-needed time to review the nation’s immigration and refugee evaluation procedures to ensure potential terrorists aren’t allowed to enter the country.

Trump’s revised travel ban dropped some of the most controversial elements of the first one. It removed Iraq from the list of nations excluded from immigration after the military said it threatened to sour relations with the country, which is leading efforts to fight the Islamic State in Iraq with the support of a U.S.-led international coalition.

The order also dropped language that would have given Christians in affected countries the first opportunity to apply for visas and refugee status — which further opened the administration to charges of religious discrimination — and added language to make clear that existing green card and visa holders are exempt, which was a point of confusion during the rollout of the first order.

The Toronto District School Board said it would reimburse students, parents and staff of any costs not covered by insurance due to canceled trips.

“We do not make this decision lightly, but given the uncertainty of these new travel restrictions and when they may come into effect, if at all, we strongly believe that our students should not be placed into these situations of potentially being turned away at the border,” Malloy wrote. “The TDSB remains committed to ensuring that fairness, equity, and inclusion are essential principles of our school system and are integrated into all our policies, programs, operations, and practices, including school trips.” 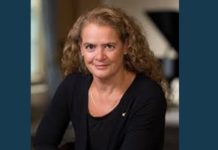 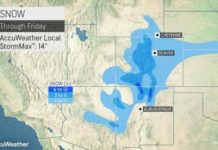