CHARLESTON, S.C., Oct. 4 (UPI) — At least four people died over the weekend due to flash flooding in South Carolina, and 4.8 million residents have been urged to avoid exteriors.

The rainfall has been billed as a 1-in-500-year downpour. Charleston has received more than 14 inches of rain since Friday. Officials fear the death toll may rise.

Officials have urged residents who are in dry places to remain where they are.

“Stay home. Stay off the roadways,” Thom Berry, South Carolina Emergency Management spokesperson, said on The Weather Channel on Sunday. “Don’t get on the roadways because you very likely can become part of the problem.”

“Some locations that will experience flooding include Charleston, North Charleston, Mount Pleasant, Goose Creek, Hanahan, Moncks Corner, Huger and McClellanville,” the NWS said in a statement. “While the rain has lightened up considerably in most of the area, additional showers are expected through the afternoon and into the evening. Also, runoff from previous rains are expected to cause further flooding near creeks, ponds and culverts that overflow.”

The Charleston International Airport reported 11.5 inches of rain on Saturday, the most rain in a single day on record. Multiple dam breaches were reported near Columbia on Sunday, which affected the towns of Arcadia Lakes, Forest Lake and Lake Dogwood.

Emergency vehicles have had trouble reaching destinations to render aid. Boats have been deployed to reach victims.

“It is impossible to navigate the peninsula right now without a kayak or a monster truck,” Lauren Tuorto, a consignment shop owner in Charleston, told The Weather Channel. “Having weathered plenty of hurricanes in the Out Islands of the Bahamas where my family lives and living in Charleston for 10 years, I have never seen rainfall like this.” 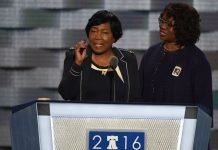 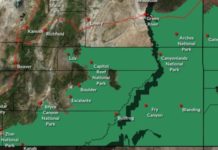 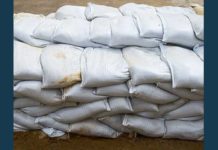