Feb. 11 (UPI) — Toys ‘R’ Us, the iconic toy company liquidated after bankruptcy in 2018, is in the process of being revived by some of its former executives.

The company went out of business after a disastrous 2017 Christmas season and closed its 900 stores. Several executives and creditors have since formed Tru Kids Inc, which holds the old stores’ intellectual property — including the names Toys ‘R’ Us and Babies R Us and advertising mascot Geoffrey the giraffe.

The brands “generated over $3 billion in global retail sales in 2018,” a Tru Kids statement said on Monday.

Tru Kids officially became the parent of the well-remembered brands in January, and was founded to salvage their value.

“There is still a significant gap and huge consumer demand for the trusted experience that Toys ‘R’ Us and Babies ‘R’ Us delivers,” former Toys ‘R’ Us CEO Richard Barry said in the statement. He, other Toys ‘R’ Us executives and lenders — including Solus Alternative Asset Management and the Angelo Gordon investment firm — said they’re holding onto the brands for a comeback.

Several former employees of the liquidated firm are already at work at the new company. Tru Kids’ current business plan includes potential stand-alone stores, pop-up shops in malls and partnerships similar to one between Toys ‘R’ Us and supermarket giant Kroger.

The focus is on the return of the durable Toys ‘R’ Us brand, although it must also rebuild relations with toy manufacturers. Despite the bankruptcy Toys ‘R’ Us purchased heavily during the 2017 holiday season. At liquidation, many suppliers were not paid in full.

Stock shares of toy maker Hasbro fell 10 percent last week after disappointing revenue caused in part by the 2018 holiday season, the first without Toys ‘R’ Us as a retailer. Overall toy sales during the 2018 Christmas season fell 2 percent. 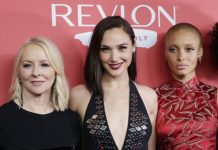 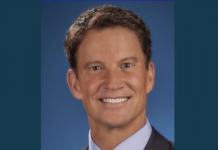