Kenya Friend-Daniel, Trader Joe’s national director of public relations, said in a statement that while its approach to branding its Chinese food as “Trader Ming’s” and its Mexican food as “Trader Jose” may have begun as a “lighthearted attempt at inclusiveness” the company now recognizes it had the opposite effect.

“With this in mind, we made the decision several years ago to use only the Trader Joe’s name on our products moving forward,” Friend-Daniel said, elaborating that all products would be in the same packaging “very soon.”

“Packaging for a number of the products has already been changed, but there’s a small number of products in which the packaging is still going through the process,” she said.

The announced follows a Change.org petition garnering more than 2,140 signatures by early Monday calling for the chain of more than 500 stores across the United States to “remove racist branding and packaging from its stores.”

The petition accused the company’s branding of being racist as it exoticizes other cultures by presenting the titular Joe as the default normal the rest are based on.

“The common thread between all of these transgressions is the perpetuation of exoticism, the goal of which is not to appreciate other cultures, but to further other and distance them from the perceived ‘normal,” the petition said. “The current branding, given this essential context, then becomes even more trivializing and demeaning than before.”

Trader Joe’s announcement comes amid nationwide unrest and protests against racial inequality spurred by the police-involved killing of George Floyd in late May.

In mid-June, the Quaker Oats Company, the maker of Aunt Jemima pancake mix and syrup, and Mars, the maker of Uncle Ben’s Rice, announced they will be re-branding their products following the protests. 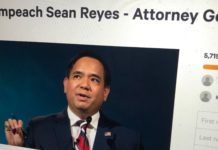 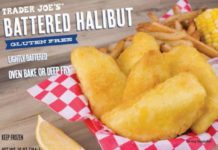