Dec. 30 (UPI) — U.S. Department of Transportation officials on Tuesday announced the implementation of the positive train control automatic braking system ahead of a federal deadline.

The Federal Railroad Administration announced that the positive train control, or PTC, technology was in operation on all 57,536 required freight and passenger railroad miles ahead of the Thursday deadline set by Congress.

The PTC systems are operated by train and track operators through controls aboard trains and along the tracks.

They can automatically slow trains that exceed speed limits, prevent trains from traveling down the incorrect tracks if switches are in the wrong position, and prevent collisions by keeping two trains from being on the same track.

Implementation of PTC systems was mandated by the Rail Safety Improvement Act of 2008 for Class I railroads’ main lines that transport more than 5 million or more gross tons of annual traffic and certain hazardous materials as well as main lines where intercity or commuter rail passenger transportation is regularly provided.

Class I railroads invested $11.5 billion into the system and the Transportation Department provided $3.4 billion in grant and loan funding. 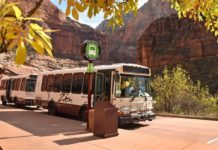 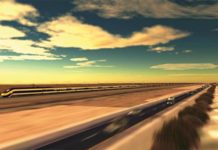