Oct. 1 (UPI) — In a move toward releasing Fannie Mae and Freddie Mac from government control, the Trump administration permitted the housing loan giants on Monday to hold onto more of their profits.

Announced by the U.S. Treasury and the Federal Housing Finance Agency, the modifications to the Preferred Stock Purchase Agreements will permit Fannie May to maintain capital reserves of $25 billion and Freddie Mac to keep $20 billion, substantially more than the $3 billion in profits they were previously allowed to retain.

The modifications to the PSPAs are part of the Treasury Housing Reform Plan that was released Sept. 5 with focus on releasing the two mortgage firms back to the private sector.

“These modifications are an important step toward implementing Treasury’s recommended reforms that will define a limited role for the Federal Government in the housing finance system and protect taxpayers against future bailouts,” U.S. Treasury Secretary Steven Mnuchin said in a statement.

The companies had been sending profits over the $3-billion mark to the Treasury, which  said to compensate for the loss in dividends, its liquidation preferences in preferred stock would increase gradually until they hit $22 billion for Fannie Mae and $17 billion for Freddie Mac.

“This letter agreement between Treasury and FHFA, which allows the Enterprises to retain capital of up to $45 billion combined, is an important milestone on the path to reform,” FHFA Director Mark Calabria said in a statement. “FHFA commits to working with Treasury in the coming months to amend the share agreements and further advance broader housing finance reform.”

Together, the two firms back more than half of the country’s mortgages, and they were seized by the government following the 2008 financial crisis and received bailouts from the Treasury in the form of purchasing over a hundred billion in preferred stock with taxpayer funds. 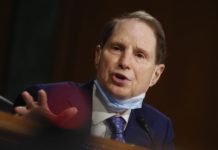 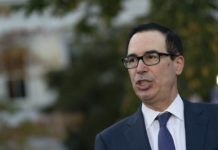 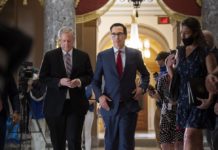