Jan. 8 (UPI) — The U.S. Treasury Department said Friday it would reallocate $1.1 billion in pandemic rental assistance from places where it went unused to states and cities with a higher need for the aid.

California will receive about $50 million in reallocated funds, the most of any state. New Jersey will receive $43 million; New York will receive $27 million; and the District of Columbia will receive $18 million. The rest will be divided among local governments and Native American tribes nationwide.

This is the first round of payments being made as the Treasury Department works to redistribute funds from the $46.5 billion in emergency rental relief programs created by the U.S. Congress during the COVID-19 pandemic.

More than 75% of the funds were voluntarily given to governments in the same state as the entities to which they had been granted, according to the Treasury Department. It was not immediately clear which, if any, grantees had been forced to give up their funds.

Grantees who received the funds initially faced losing it if they didn’t obligate at least 65% or spend 15% of the money by November.

“Any amounts recaptured from a grantee were first prioritized to grantees in the same state that were deemed eligible to receive reallocated funds,” the Treasury Department said in a news release.

Funds were then distributed nationally, prioritizing grantees that had substantially completed their spending the $25 billion distributed in the first round of emergency rental assistance. Grantees that made quicker progress in the second round of funding were weighted more heavily.

The Treasury Department noted that the emergency rental assistance programs have been effective in preventing evictions during the pandemic, which have remained 60% below historical levels before the pandemic began despite an end to the eviction moratorium in August. 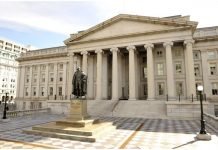