Danny was forecast to move inland across the state in the early evening before moving into east-central Georgia late Monday night and early Tuesday morning.

A tropical storm warning was in effect for Edisto Beach to the South Santee River in South Carolina.

The storm could produce 1-3 inches of rainfall along the coasts of southern South Carolina and Georgia, with 1-2 inches possible further inland in upstate South Carolina, the Piedmont of Georgia and northeastern Alabama.

“This region has been dry, limiting potential widespread flooding impacts, however, local flooding impacts, especially in urban areas along the southern South Carolina and Georgia coasts, cannot be ruled out at this time,” the NHC said.

The NHC also said there was the possibility of an isolated tornado and flooding related to storm surge. 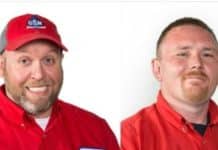 Sixth person dies after shooting at home in South Carolina