ROSEAU, Dominica, Aug. 27 (UPI) — Tropical storm Erika touched down in Dominica Thursday and caused severe flooding, mudslides, the collapsing of one building and the death of four individuals.

A blind elderly man and two children were killed in southeastern Dominica while a fourth man was killed in the island nation’s capital of Roseau.

Several individuals have been reported missing and nearly 20 homes have been destroyed in the storm. Ian Pinard, Dominica’s communications minister, said the situation is “grim” and “dangerous.

Approximately nine inches of rainfall ravaged the Canefield Airport near Roseau in just six hours on Thursday. Sustained winds were estimated at 50 mph, with gusts of up to 65 mph. Satellite imagery suggests that the storm is not moving as far north as was earlier predicted, meaning it will hover over Dominica into early Friday.

Schools and government institutions throughout nearby territories including Puerto Rico and St. Maarten were closed as early as midnight on Wednesday. More than two dozen flights based in Puerto Rico and Antigua have also been halted through Friday.

It was announced that power may be temporarily suspended in anticipation of the storm.

All airports and government office in the U.S. Virgin Islands will be closed as well. Boats docked at a marina on the island of Antigua have been removed from the water since the weekend.

Cruise line Carnival also canceled St. Maarten and St. Kitts stops due to the storm. Ships originally destined for the islands will now spend two days in San Juan before continuing to Grand Turk and Nassau.

In Florida, the state’s Emergency Operations Center has activated a level two preparation level in anticipation of the storm. Boat owners in the area have also begun moving their boats to safer areas.

The Federal Emergency Management Agency (FEMA) recommends that individuals have access to a three-day supply of food and water in addition to having a hurricane kit, which should contain items like a first aid kit, water, non-perishable food, batteries and more. 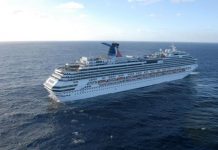 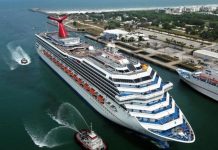