Kirk, which became a named storm Saturday, was moving westward 21 mph at 40 mph and was 545 miles south-southwest of the southernmost Cabo Verde Islands, the NHC said in its 11 a.m. advisory.

The NHC said in an 11 a.m. advisory Leslie had become a subtropical storm but was expected to be a short-lived cyclone as it was moving west at 3 mph at 40 mph 1145 miles west-southwest of the Azores.

No coastal watches or warnings were in effect for either storm.

Kirk is predicted to make an even faster westward motion across the deep tropical Atlantic Ocean through Tuesday but weakening is likely during the middle to latter part of the week.

“The biggest limiting factors for intensification would be the cyclone’s fast motion and possible entrainment of dry air,” NHC forecaster Robbie Berg said in a discussion. “Like every other tropical cyclone which has approached the Lesser Antilles from the east this season, Kirk is expected to run into strong westerly shear in 4-5 days, resulting in weakening as the cyclone gets closer to the islands.”

Leslie, which became the 12th named storm will meandering Sunday and Monday, the NHC said. After that time, with the development of the new low to the north, Leslie will likely move east until it becomes absorbed. 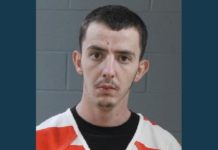