CABO SAN LUCAS, Calif., July 3 (UPI) — Tropical storms Agatha and Blas, which formed off the West Coast this weekend, are traversing the Pacific Ocean and not threatening land, the National Weather Service said.

Agatha, the first named storm in the 2016 Pacific hurricane season, is the first tropical storm to develop so late in the eastern Pacific since reliable records began in 1971, The Weather Channel reported.

Agatha developed Saturday morning off the coast of Cabo San Lucas, Calif. Blas formed Sunday and is expected to become a major hurricane. On Sunday morning it was located some 600 miles from Manzanillo, Mexico.

Agatha, on Sunday morning was located more than 900 miles off the southern tip of Baja. It is forecast to lose strength over the next few days.

This hurricane season, which officially began June 1, has gotten off to a slow start in the eastern Pacific, al.com reported.

While Agatha is the first tropical storm in the eastern Pacific, the Atlantic Ocean has already had four named storms. The 2016 hurricane season in the Atlantic is expected to be the most active in four years.

A total of 14 names storms, eight hurricanes, three major, are forecast for this season.

The seasonal forecast numbers include a rare January storm – Hurricane Alex – which struck the Azores a few months ago.

Agatha is heading west-northwest over the Pacific’s open waters. 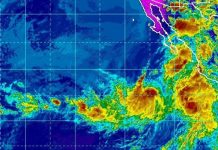 Tropical Storm Ivo strengthening as it tracks over the eastern Pacific 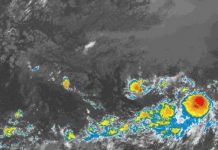 Eastern Pacific Ocean to give birth to tropical storms this week 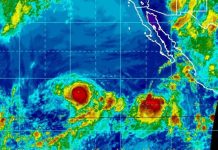