Dec. 31 (UPI) — The Trump administration has come up far short of its stated goal of inoculating 20 million people in the United States with a COVID-19 vaccine, federal data shows.

Heath and Human Services Secretary Alex Azar said a few weeks ago the administration was aiming to give 20 million people the coronavirus vaccine before the end of the year.

In its vaccine tracker, the Centers for Disease Control and Prevention showed in its final update of 2020 that just 2.8 million people have been vaccinated so far — roughly 17 million short of the goal.

The CDC shows that about 12.4 million doses have been distributed nationwide.

Earlier this week, the Department of Health and Human Services said a little less than 20 million initial doses have been allocated so far.

So far, there are two vaccines approved for use in the United States, from Moderna and Pfizer-BioNTech. Vaccinations began on Dec. 14.

U.S. Army Gen. Gustave Perna, a top official for the administration’s Operation Warp Speed vaccine program, and vaccine adviser Moncef Slaoui told reporters on Wednesday that about 14 million doses have been distributed. However, they noted, only about 2 million people have received initial doses.

Nancy Messonnier, director of the CDC National Center for Immunization and Respiratory Diseases, said distributors and health workers have been facing various challenges that are slowing the process. 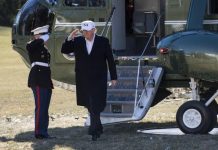 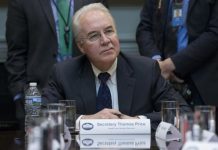