Sept. 4 (UPI) — The Trump administration has imposed sanctions against Iran’s civil space agency, accusing the Middle Eastern country of using it as a cover to develop its weapons program.

“The United States will not allow Iran to use its space launch program as cover to advance its ballistic missile program,” Secretary of State Mike Pompeo said in a statement Tuesday announcing the sanctions.

It is the first time the United States has slapped sanctions against the nation’s space agency.

The new sanctions were also imposed against the Iran Space Research Center and the Astronautics Research Institute, blocking their U.S. assets and prohibiting U.S. citizens from doing business with them.

The United States said Iran’s space launch vehicle technologies are “virtually identical and interchangeable” with those used in ballistic missiles.

The sanctions come days after an explosion was detected at Iran’s Imam Khomeini Space Center.

Ali Rabiei, a spokesman with the Iranian government, said the explosion on Aug. 29 was caused by a “technical error” and the satellite being prepared for launch wasn’t on the platform at the time of the incident.

Pompeo said this Iranian effort to launch a space vehicle “underscores the urgency” of Iran’s threat.

Iran’s Information and Communications Technology Minister Mohammad Javad Azari Jahromi seemingly mocked the sanctions, saying space “belongs to everyone, not to a few!”

Pompeo said the sanctions should serve as a warning to the scientific community against collaborating with Iran.

“We call on our allies to join us in deterring the world’s top sponsor of terrorism from growing its ballistic missile program,” he said in a tweet. 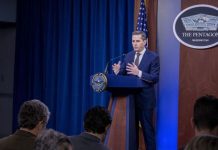 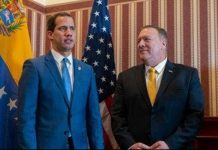