The president answered reporters’ questions about Bolton’s departure in the Oval Office. He said he gets along “well” with Bolton despite the differences that led to his firing.

“He made some very big mistakes when he talked about the Libyan model for [North Korean leader] Kim Jong Un,” Trump said.

“You just take a look at what happened with [Libyan leader Moammar] Gadhafi. That was not a good statement to make. And it set us back.”

Early in his tenure as national security adviser, Bolton suggested treating North Korean denuclearization the same way the United States treated Libya in the early 2000s. The process involved the transfer of Libyan nuclear equipment to a facility in the United States.

Analysts have said denuclearization helped undermine Gadhafi, and North Korea has often claimed Libya is an example of why the reclusive regime would never opt to denuclearize.

During the Obama administration, Gadhafi was toppled from power and later killed by local rebel forces.

“He’s somebody that I actually had a very good relationship with, but he wasn’t getting along with people in the administration who I consider very important,” the president said. “I hope we’ve left in good standing, maybe we have and maybe we haven’t. I have to run the country the way we’re running the country.”

Trump said he plans to name a new national security adviser next week. Prior to Bolton, H.R. McMaster and Michael Flynn served in the role. 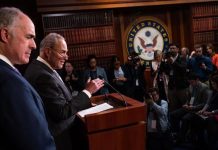 Impeachment: Nadler focuses on abuse of power to open 3rd day of trial 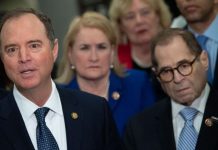